A NIGHT OF PAKISTANI MUSIC WITH SANA ILLAHE

Want to be reminded about this event? Complete the form below to have an email notification sent to you 24 hours prior to the event.

Join us for an evening with Sana Illahe, vocalist and musician trained in classical Pakistani Music. Sana will play instruments like the Harmonium, Tanpura, and Surmandal as she sings along to traditional songs from Pakistan.

Sana Illahe, born and raised in the Punjab region of Pakistan, received her classical music education under the mentorship of a classical music maestro, Ustaad Hussain Bakhsh Gullu. The Hindustani/Pakistani classical music tradition is passed on to generations orally over centuries. The lineages (gharana) that carry the classical music tradition hold this music as sacred and guard it, and it takes commitment to be accepted into their circle. Sana, being an outsider to the gharana, was admitted as a pupil in 2016. The classical genre requires extensive training, and the "raags" (arrangements of notes/pitches) in this genre appeal to specific energies and moods within the audience and the singer, through its slow soulful rendition.Through her study of sargam (solfege), and the classical, traditional song forms (kheyal, thumri, ghazal, kafi), Sana internalized the centuries old musical traditions. She also learned to sing with the tabla, sarangi, sitar, surmandal, tanpura, and harmonium, several instruments which are now incorporated into her performances. She is also a composer and lyricist and has written a number of works she performs in concert.

Sana has traveled throughout Asia and Europe, where she taught in several countries. She came to South Dakota in 2018, and since then has been going to Pakistan twice every year to continue her music education while completing a doctorate in Sociology. She received the Robert T. and Mary K. Wagner Award and the William E. and Harriet B. Gould Memorial Scholarship for Outstanding Student in Sociology. In the Fall Dr. Illahe joined the faculty of Race, Gender and Sexuality Studies at University of Wisconsin-LaCrosse.

A keyboard-like instrument that produces sound when wind is pumped into it. It is a usual accompaniment to classical music in Pakistan.

A tanpura is a string instrument that supports the vocal rendition by playing two main chords that establish the base for the song out of the total of seven notes.

A usual standalone surmandal has 36 strings. This 2-in-1 instrument Tanpura & Surmandal has 15 strings, and produces a beautiful sound along the notes of the song when strummed.

This acts as a substitute to traditional tanpura playing two of the most important chords in the song, to support the song. I usually carry this with me everywhere, as it’s small, travel-friendly and does not need tuning. 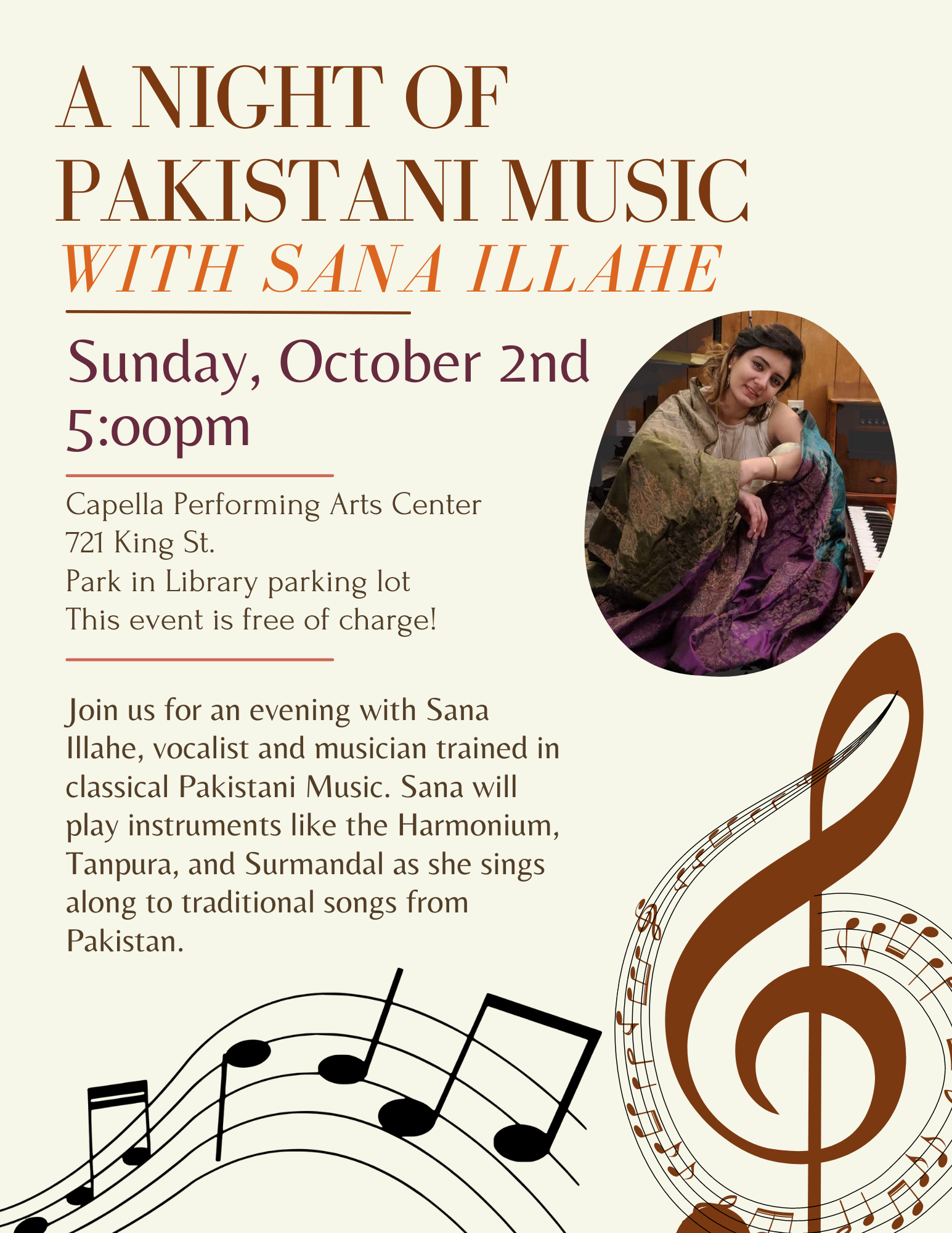