At this virtual event, Jenny DeRocher will conduct a short presentation on sundown towns and how La Crosse qualifies as one. After, she will join panelists in an open discussion on the nuanced history of sundown towns and anti-Black racism in our community, state, and country. 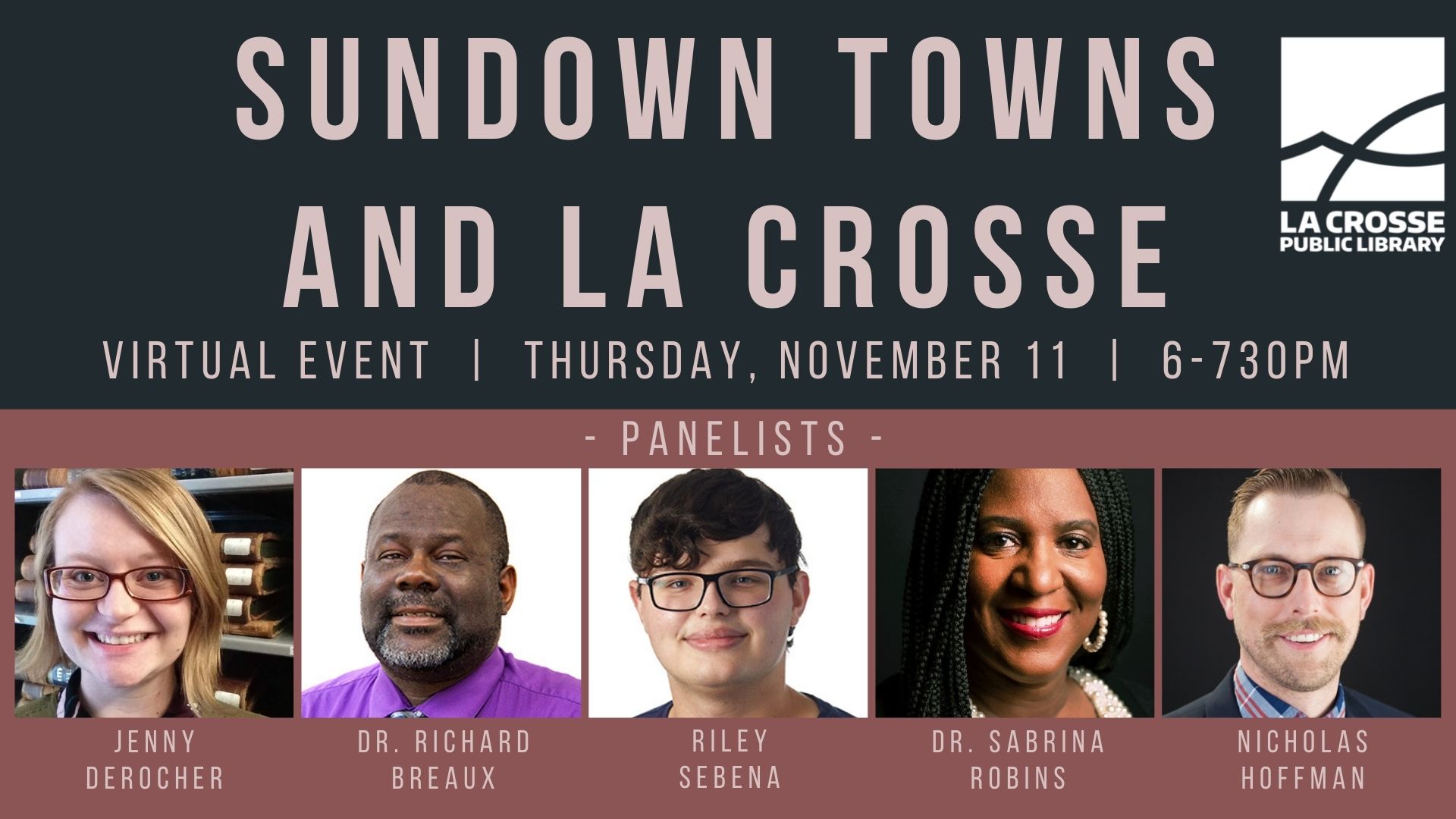